I don't normally preview patterns quite so early, but because of the snow seen all over the east I decided to show a little peek of an upcoming sampler.  It seems winter is here for many of you! 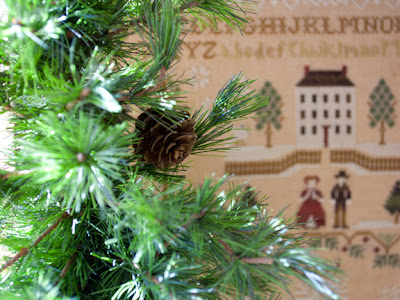 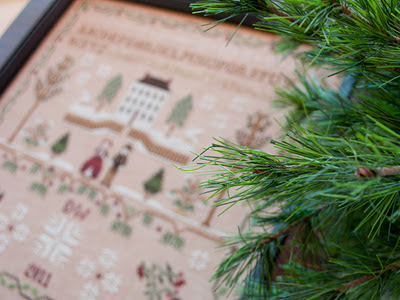 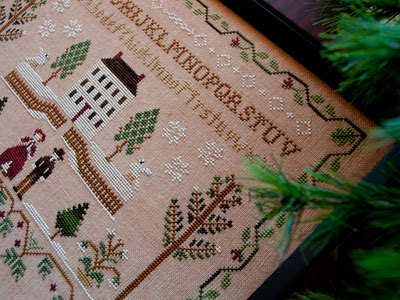 The design is titled very appropriately, "New England Winter Sampler".  Having worked with a few antique samplers, a bit of the old way in which samplers were stitched  found a way into my heart.  I love the large layout and randomness of the various elements.

Like I said, this is a preview of an upcoming pattern.  The design won't ship until mid November along with ornament #11.

Happy Stitching,
Diane
Posted by Diane Williams at 11:13 AM