The last of the three charts we are shipping to distributors on Monday is a sampler that commemorates the 100th birthday of the state of Arizona which takes place in February.  Jessie Bell was a real little girl that I found on the census before the time of statehood.  She lived in the Arizona Territory during a turbulent time in the west, when it may have been a bit scary to be a little girl.  Her father worked for the railroad which is what I am sure brought them so far west. 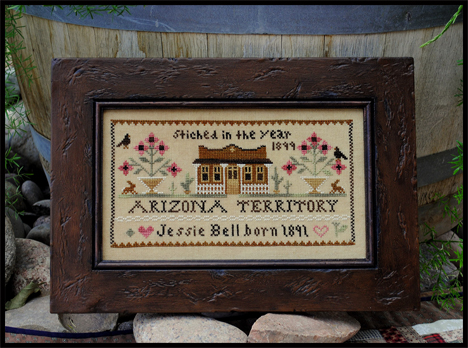 When you look at the design you will see a misspelling, and things a bit off-kilter.  It's all intentional in the spirit of making a young girl's sampler.  Valley House Primitives, also an Arizona company, created this very special frame for the design.  They will be updating their blog with the details on it.  The threads are from Crescent Colours, also an Arizona based company.

And for those of you not "feeling" it the way it is presented, I have provided alternative lettering that says "The Old West".  Something for everyone! 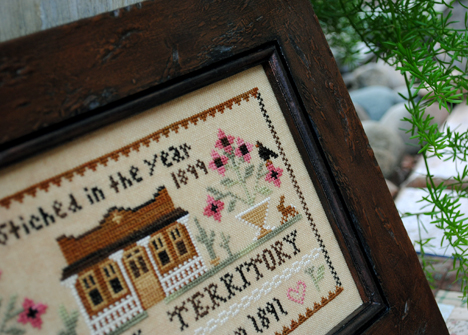 The LHN web site will be updated the first part of next week with the supply details on "My Lady" and "Jessie Bell - Arizona Territory".  The ornament supply list is already available.