The Merry Month of May

Hello Stitchers........this blog has become an epic "fail" for me.  I always want to do better but I seem to fall apart between the desire and the action.  I do apologize to those of you who don't follow Little House on Facebook.

First things first.........our web site has all of the patterns we have released so far so I won't add them here.  I even have the new ones up that we ship tomorrow.

This is "My Lady Liberty" which is the third "My Lady" in an on-going collection.  She has been very popular with stitchers.  She reminds me of a paper doll that gets a clothing change with the seasons. 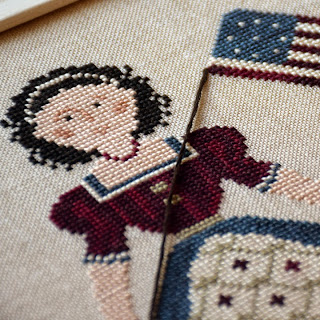 The frame is a perfect complement to the design.
Shops can order it from Family Tree Frames.

Also ongoing is The Sampler Tree which is a twelve month series of ornaments from Little House designed in an old-fashioned way which resemble colonial times or the simple life.

"Sweet Apples" the most recent release which ships to our distributors May 19th.

Moving on to other things..........in March I was diagnosed with breast cancer.  I have already had surgery and am waiting to heal up so that I can start radiation.  Between times I am working on more patterns for the end of the year and stitching my own cancer journey cross stitch design.  Very soon I will share the progress on it in the same way I did with Ron's.  They are worlds apart in style but each in it's way reflects the character of the person and their walk through the Big C.

To put it bluntly, it stinks that this happened at all but it's worse because of the timing.  We still aren't finished with Ron .  Oh well.....we are made of pretty tough stuff so we'll get through this too.  I feel very positive about my outcome!

Last but not least is Gracie and her brother, Luke, on Mother's Day.  Cutie pie fur babies! 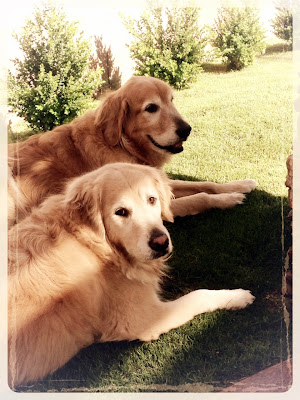 Email ThisBlogThis!Share to TwitterShare to FacebookShare to Pinterest
Labels: Luke and Gracie, My Lady Liberty, Sweet Apples, The Sampler Tree